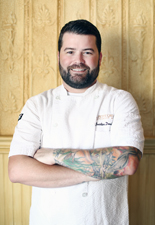 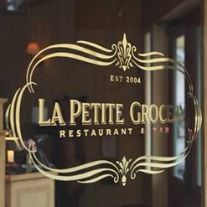 Justin Devillier was raised in Dana Point, California, a small beach town in South Orange County. He spent summers fishing for Yellowtail and Albacore tuna, and in the fall and winter he would dive for lobsters just steps from his front door. This bounty of local seafood inspired him to enter the culinary industry and after working in local restaurants right out of high school, he decided to focus all of his time on becoming a chef.

In 2003, Devillier moved to New Orleans and cooked in the kitchens of Bacco, Stella and Peristyle. While at Peristyle, he worked with Chef Anne Kearny-Sands and learned the intricacies of French cuisine.

In 2004, Devillier joined the team at La Petite Grocery, housed in a century-old building with a storied history, and became sous chef a year later. After Hurricane Katrina, he helped re-build La Petite Grocery’s infrastructure by managing the daily specials and training the new line cooks. In 2007 Devillier was promoted to Executive Chef, and in 2010 he and his wife Mia bought La Petite Grocery. Here, he puts his creative spin on traditional New Orleans cuisine with dishes like Turtle Bolognese and Blue Crab Beignets. Devillier has been named a James Beard Award finalist for Best Chef: South in 2012, 2013, 2014, and 2015, and was also named 2014’s “Chef of the Year” by New Orleans Magazine. In March 2014, Devillier and the team at La Petite Grocery proudly celebrated 10 years of operation at the restaurant.

Devillier’s second restaurant, named Balise after the first French settlement at the mouth of the Mississippi River, opened in the Central Business District of New Orleans in early 2015. Set in a 19th century Creole townhouse, Balise features a menu that celebrates Orleans as a port city and its unique access to a wide variety of ingredients.

When Devillier has free time, he can be found fishing and hunting, or at the beach with his wife and two young daughters. He just recently opened the restaurant, Justine, in late January 2019.