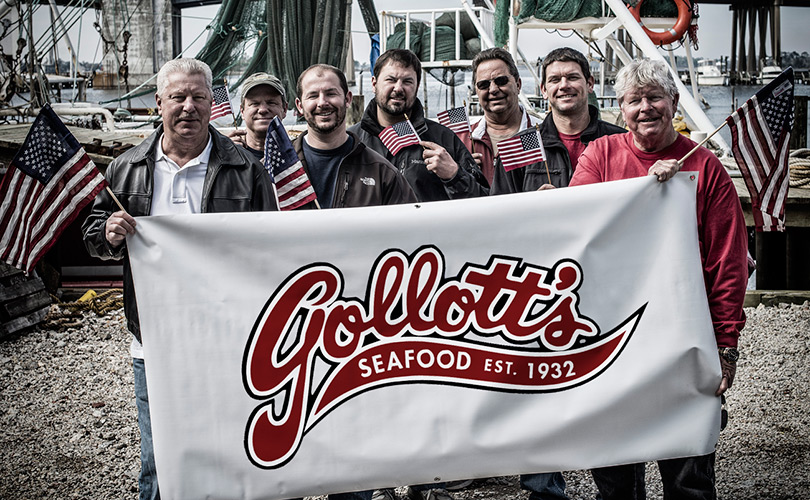 Within the shrimp industry, the commonality of a family-run business holds as much pride as the Wild American product they harvest from domestic waters. Of course, not all processing plants that line the Gulf and South Atlantic have a rich story of family history, but C.F. Gollott & Son Seafood based in D’Iberville, Mississippi, embodies a heritage of generational blessings that have been passed down decade after decade.

In the Gollott family, shrimp are a fundamental way of life. In the Gollott family, shrimp are all they have ever known. And truth be told, they wouldn’t have it any other way. Operating a successful family business since 1932 takes a lot of passion, determination, skill, and commitment — traits exemplified by founder C.F. Gollott that have continued to provide a solid framework for the longstanding business.

C.F. grew up on the Gulf Coast during a time when the area was known as the “Seafood Capital of the World.” He never met a stranger, which was a valuable asset when he began the business by selling shrimp from his truck. Eventually, he established a route around the state that brought oysters, crab, and shrimp to customers who didn’t have waterfront access to fresh seafood.

Although he never made it past the third grade, his knowledge of the bustling industry and brilliant mind full of witty inventions positioned him to be one of the founding fathers of the seafood legacy on the Coast. His knack for tinkering led him to design an oyster grader and crab washer, and in his spare time, he excelled as an accomplished drummer who never took a music lesson in his life.

After a very successful 30-year run, C.F. turned the company over to his only son, Arnie Sr., who took the helm until he turned it over to his five sons (Brian, Arny Jr., Dale, Nicky, Ben) in the early 1980s. Today, five grandsons (Dale A., Arny III, Shawn, Todd, Cody) also are heavily involved in the business and are passionate about honoring and continuing the Gollott legacy: “We can enjoy the business because of their many years of hard work,” Arny III said. “They laid the foundation for us and we’re proud of our tradition and heritage.”