BILOXI, MISSISSIPPI October 23, 2017 – The inaugural “Chef of the Year” Award for Wild American Shrimp and the American Shrimp Processors Association (ASPA) was announced today with Chef Jon Gibson of the Flora-Bama Ole River Grill in Perdido Key, Florida receiving the honor. Chef Gibson will serve the next year as the organization’s “Admiral of Advocacy” and lead ambassador promoting the benefits of wild-caught, Wild American Shrimp.

Chef Gibson started his culinary career “flippin’ burgers,” as he says, at the local Hardee’s restaurant and kept moving by trying his hands at tossing pizza dough at the local Domino’s and Pizza Hut. After that, he was always in or near the restaurant business as a head bartender, a food and beverage director, or restaurant general manager until he started traveling around world and things just “clicked.” After returning to the states, he decided it was time for a formal education, and he moved to Pasadena, California to attend Le Cordon Bleu College of Culinary Arts – Los Angeles.

After receiving many awards and gaining even more experience in California, Chef Gibson returned to his southern roots and is now Executive Chef of Flora-Bama Ole River Grill in Perdido Key, Florida. His extensive travels across the U.S. and Europe, his classic French and Italian culinary training, and direct access to the best local Gulf Seafood and locally farmed ingredients have allowed him to create the perfect twist on comfort food and Southern cuisine.

“I prefer to call it coastal comfort cuisine,” he said. “This is when I take comfort food that you or I grew up with and put a different spin on it, but also staying true to the ingredients inside and the hominess of the dish itself.

“It was a tough decision by our committee,” says David Veal, Ph.D., executive director of the American Shrimp Processors Association. “Chef Gibson’s nomination was among many well- known Chefs and some great up-and-comers who are supporting Wild American Shrimp in creative ways.”

Nominations showed how each chef promotes Wild American Shrimp, including social media, TV appearances, involvement of philanthropic efforts, restaurant menus featuring two or more dishes containing Wild American Shrimp and other media opportunities. They each had to have won at least one award for culinary excellence.

Chef Gibson will reign as the lead chef spokesperson for Wild American Shrimp over the next 12 months. In addition to a customized Award Plate and Official Proclamation, the American Shrimp Processors Association will donate $500 to a charity of his choosing. 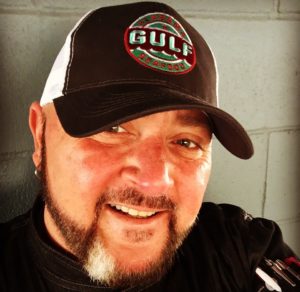 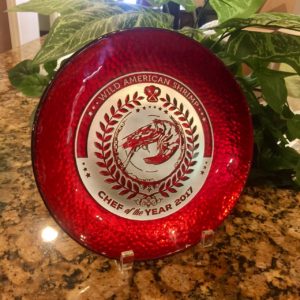 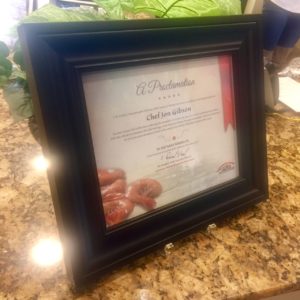