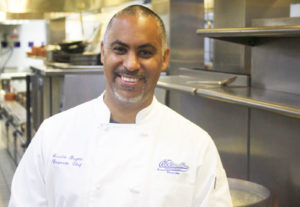 In 2016 Chef Jerry was named “Chef of the Year” by the Florida Restaurant and Lodging Association.

He works closely with all the Columbia Restaurant Group restaurants to ensure consistency with the Gonzmart family’s century-old recipes, monitor overall quality, presentation and flavor and to maintain the restaurant group’s high standards. He is responsible for creating new recipes to move the restaurants into the second century of operation.

Chef Jerry joined the company in 1997 as Sous Chef at Columbia Restaurant in the town of Celebration, near Orlando, as part of the original team when the restaurant opened. He was quickly promoted to executive chef.

He earned his degree from the Florida Culinary Institute in West Palm Beach.