The Food and Drug Administration (FDA) has issued an “Import Alert” for farmed shrimp from Malaysia. Of Malaysian shrimp sampled, 32 percent of shrimp samples contained illegal and unsafe amounts of antibiotics, including one that has been shown to cause blood disorders and leukemia.

Foreign aquaculture operations use antibiotics to treat shrimp’s bacterial infections, which are rampant due to crowded and unsanitary growing conditions. Chloramphenicol, an antibiotic reserved for use treating drug-resistant strains of plague and typhoid fever, is one of the main culprits in detained Malaysian shrimp.

Dr. David Veal, Executive Director of the American Shrimp Processors Association (ASPA), has said, “This is even more evidence that American restaurants, retailers and consumers should be paying attention to the labels on the shrimp they’re buying.”

The FDA is responsible for ensuring the safety of any food imported from foreign countries. In this case, so much shrimp from peninsular Malaysia has been unfit for consumption that the FDA took extreme measures to keep American consumers safe.

Shrimp is the most popular seafood in the United States, with an average of four pounds eaten per person. 90 percent of those pounds will be from imported shrimp.

An Import Alert means shipments are guilty until proven innocent, and FDA staff can “detain without physical examination,” or refuse to release the shrimp for sale, until the country exporting it can prove beyond a doubt that the product is safe. In 2015, Malaysia exported 17 million pounds of shrimp to the United States. 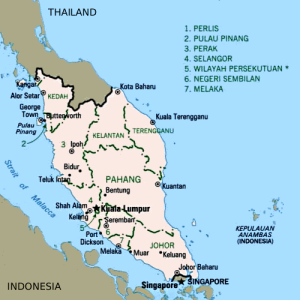